1956 The Dragon of Nikos Koundouros

1956 The Dragon of Nikos Koundouros

"With this film, Greek cinema has moved from Prehistory to History", Vassilis Rafailidis wrote, analyzing the
Dragon
.

Dragon
, directed by Nikos Koundouros. Koundouros' masterpiece had provoked the most contradictory comments in its first screening that took place at
the Cinema Attikon
. The caustic, bold, original satire starred Dinos Iliopoulos, in the best role of his career, and with him Giannis Argyris, Margarita Papageorgiou and Thanasis Vengos. The script of the film was by Iakovos Kambanellis, the music and songs of Manos Hadjidakis and the editing was done entirely in the studios of Finos Film.

Nikos Koundouros, on the occasion of the war he accepted, sends a letter to the newspaper
NEA
, in the issue that circulated on the 21st. 9. 1956

"Some Cassandras were quick to triumph over the verification of their prophecies about the alleged failure of
The Dragon
at the Venice International Film Festival. But because the issue is not personally mine, because for better or for worse in Venice my film represented Greece, because finally a lot of people fooled by the suspicious and petty haste of some Greek newspapers, think that the Greek name was damaged in an international meeting of such importance, and even, because the narrow-minded and selfish and foolish policy of some, it should not reap its laurels, I reply and refer anyone who questions the evidence I will quote, to the Director of the Ministry of Education, Mr. Svorono, who was represented from the beginning to the end of the presentation of the Greek film and is aware of everything that happened or was written or said on the subject. I would also refer them to the Consul of Greece in Venice, Mr. Messini as well as to the correspondents of the radio station Mr. Mr. Chronopoulos and Ioannidis, who because of their special mission saw and heard and know things better of course than the heterophobic editors of some newspapers.

And first of all, an attempt was made to lay the blame for the very serious omission of the Italian subtitles on the shoulders of the Greek delegation. I will disappoint some if I assure them, and I am able to prove it with fair evidence, that the responsibility lies entirely with the Italian organizers of the Festival, while we on the contrary have been - escaping for a while from the Greek tradition , - meticulously formal with respect to any formal or substantive obligations we may have towards them. It was also written, republished with touching precision by the foreign press, that the Greek film, the work of an unaccountable and unrestrained young director, was a noisy and brazen mixture of neorealism, surrealism and expressionism that left the audience dumbfounded, who saw and suffered to recover. And the latter is not far from the truth. Either because the lack of subtitles tired the viewers, or because the film did not like it, the very audience, consisting of 95% Italians, welcomed the film with relative coldness. But jumping that evil was written and conscientiously chosen, republished in a few Athenian newspapers, I remind those who were worried about the vilification of the Greek name to the foreigner: The film
Drakos
competed with dozens of foreign films of the world production for the few (14) positions for which the biggest names of Europe, America, Russia, India and Japan are fighting, but it was one of only three films that unanimously won the enviable position. These alone could demonstrate the value of this honorary choice to those who have no reason not to understand it. And the victory becomes even more important when we consider that Greek cinema has a history of very few years and that
The Dragon
is the first film to officially win such a victory. And in order to refute the spread that all the international criticism has become indignant, I am sending you the relevant clippings from newspapers which hold the opposite opinion, and whose headlines should only be astounding. The
Times
of London, the French
Art
, the Italian
Tempo
, the
Filmicritika
, the
Giorno
, the
Gazeta Serra
, the Sundays
Times
and dozens of other magazines and newspapers with the signatures of Roger Manwell, director of the British Royal Film Institute, René de Borger, secretary of the International Critics' Union, Dufo the famous French critic and many others, whose names mean nothing to non-experts. All of them disagree, both with the well-known in-depth film scholar and perceptive critic of an art-loving afternoon newspaper, as well as some other colleagues and experts who rushed to celebrate against a case that should also be their own."

, which in its time made only two screenings and was so challenged, today is a milestone and is on the list of the hundred most important films of European Cinema! 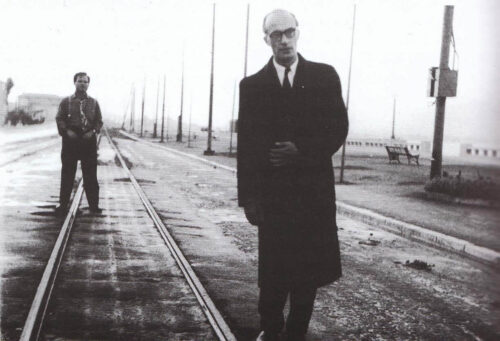 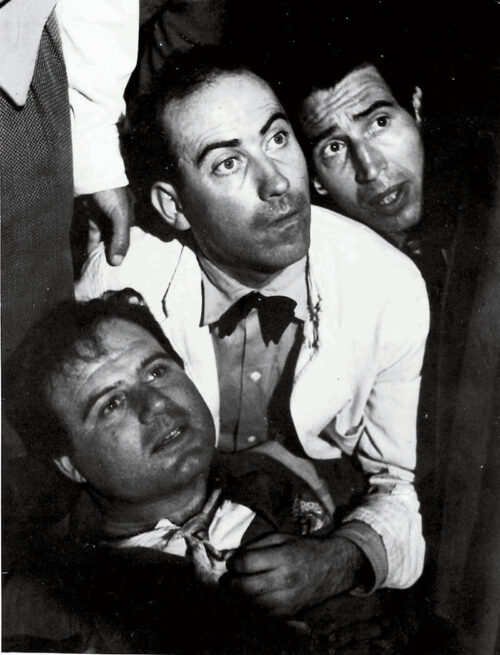 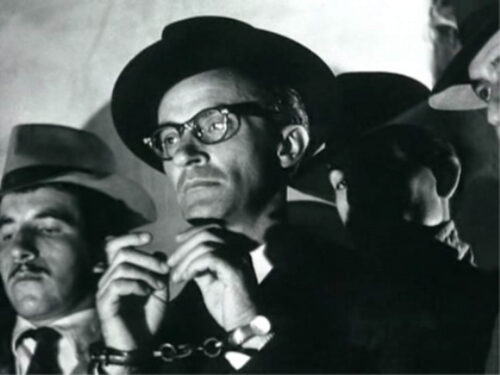 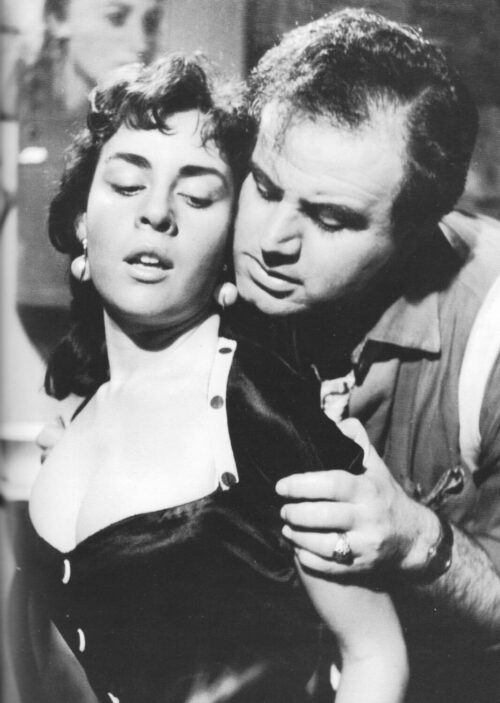 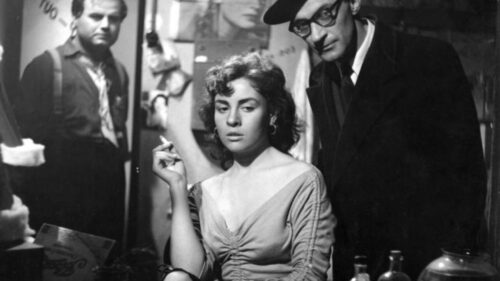