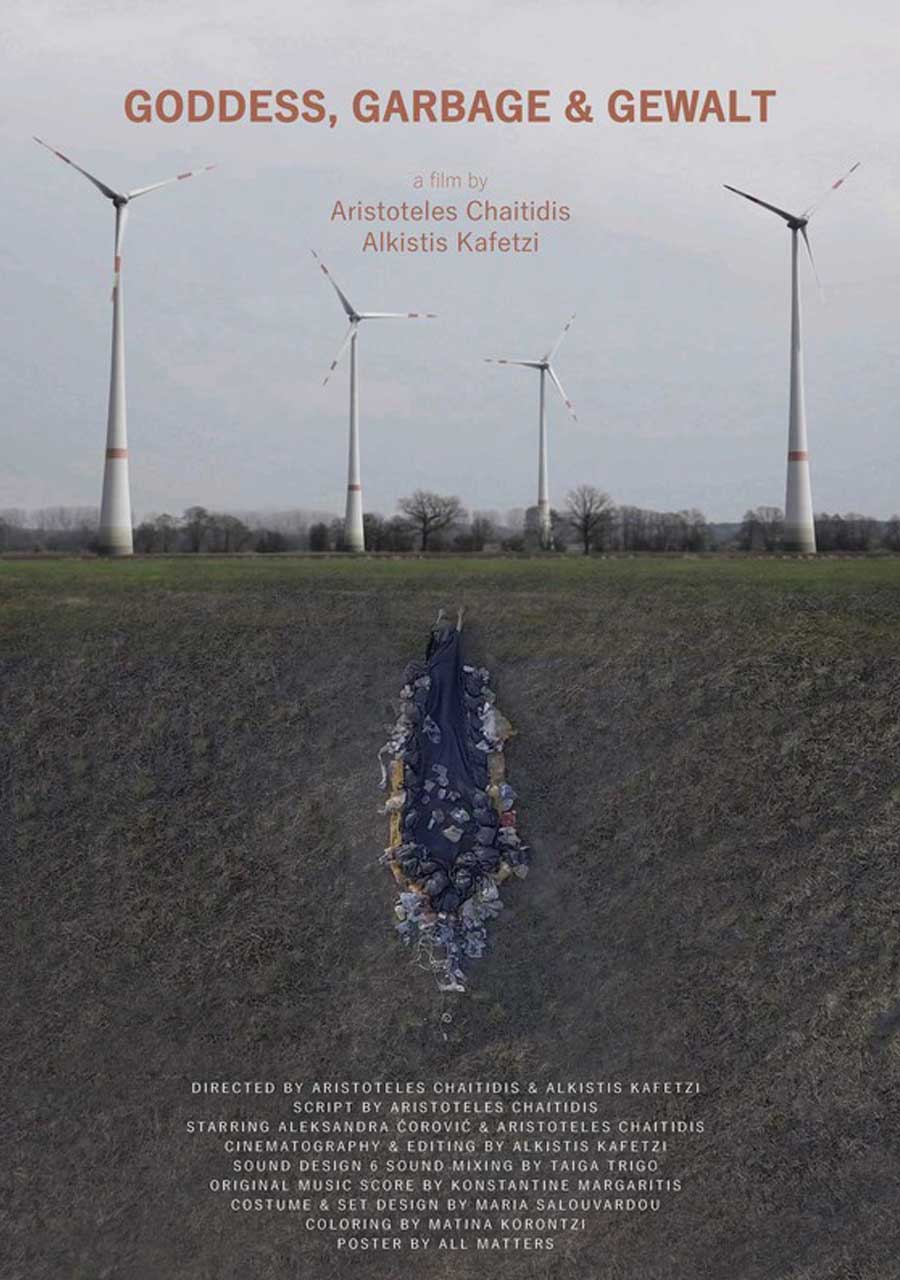 Goddess, Garbage & Violence is a cinematic allegory, a visual approach to two principles: the human and the divine. The common ground on which they meet is the sacred. But the meeting is not without a price. 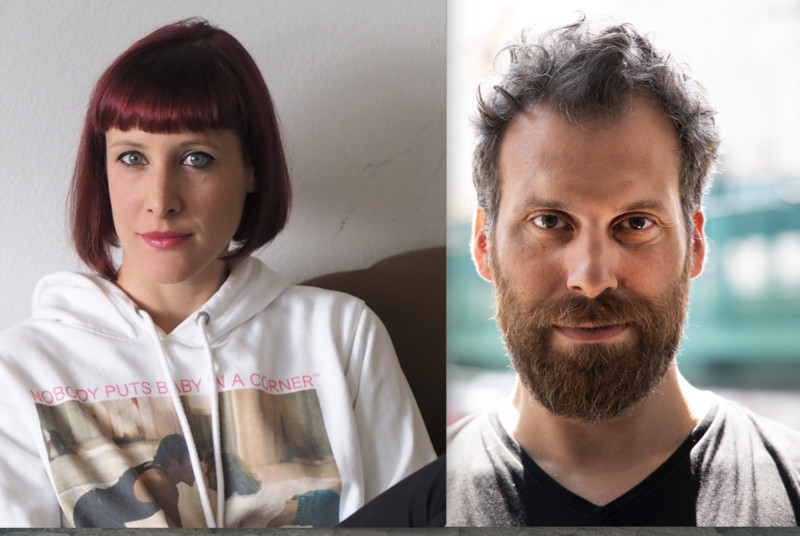 Aristotelis Chaitidis was born in Munich, Germany and grew up bilingual in Munich and Thessaloniki, Greece. After completing his studies in Literature and Philosophy, at Ludwig-Maximilias-Universität Munich he moved to Berlin where he has been based since 2007. He worked as an actor at Deutsche Oper Berlin for several years before taking on his own creative and artistic projects. Since 2016 she has been focusing on playwriting and production. His early works include the screenplay for Sternenkind and the dramatic monologue Marie-Fragment (both 2016). Special mention to his work Anti_gone which premiered in Vienna with great critical acclaim in 2017. Chaitidis has also toured with a semi-stage performance of Ovid's Metamoprhoses where he also presents his training in classical singing (contraporos). Anadyomene – an opera performance was screened at Thessaloniki's historic Bensousan Han in 2019. His most recent work (2020 -) was in cinema mainly as a screenwriter but also as a director and performer, with titles the short films Stille Amare, I can't smell the dirt in my head and the allegorical mini-epic Goddess Garbage & Gewalt.
Filmography Aristotelis Chaitidis
Sternenkind, short film, fiction (2016), screenplay
Stille amare, short film, fiction (2020), director, screenplay,
If I go out for a walk with my dead friends, videotaping (2021), dramaturgy
I can't smell the dirt in my head, short film (2021), screenplay
Goddess Garbage & Gewalt, short film (2022), director, screenplay

Alkistis Kafetzis is a director and lives in Berlin. She studied Theatre and Film at the National and Kapodistrian University of Athens and since 2014 she lives and works in Germany. She is a constant collaborator of the Institute of Experimental Arts and the theatrical director Tasos Sagris since 2011, working as a video artist for their theatrical productions ("Dying as a Country" 2012, "Psychosis 4:48" 2013, "Night" 2017, "Metamorfosi" 2020). She made her directorial debut with the short documentary "Unterwegs" in 2016 which was screened at the Tirana International Film Festival. Over the past five years her work has been presented at many film festivals and art exhibitions across Europe.
Filmography
Unterwegs | Short Documentary (2016)
Stille Amare (co-director) | Short Film (2020)
If I go out with my dead friends | Video Poetry (2021)
I don't smell the dirt on my head | Experimental short film (2021).