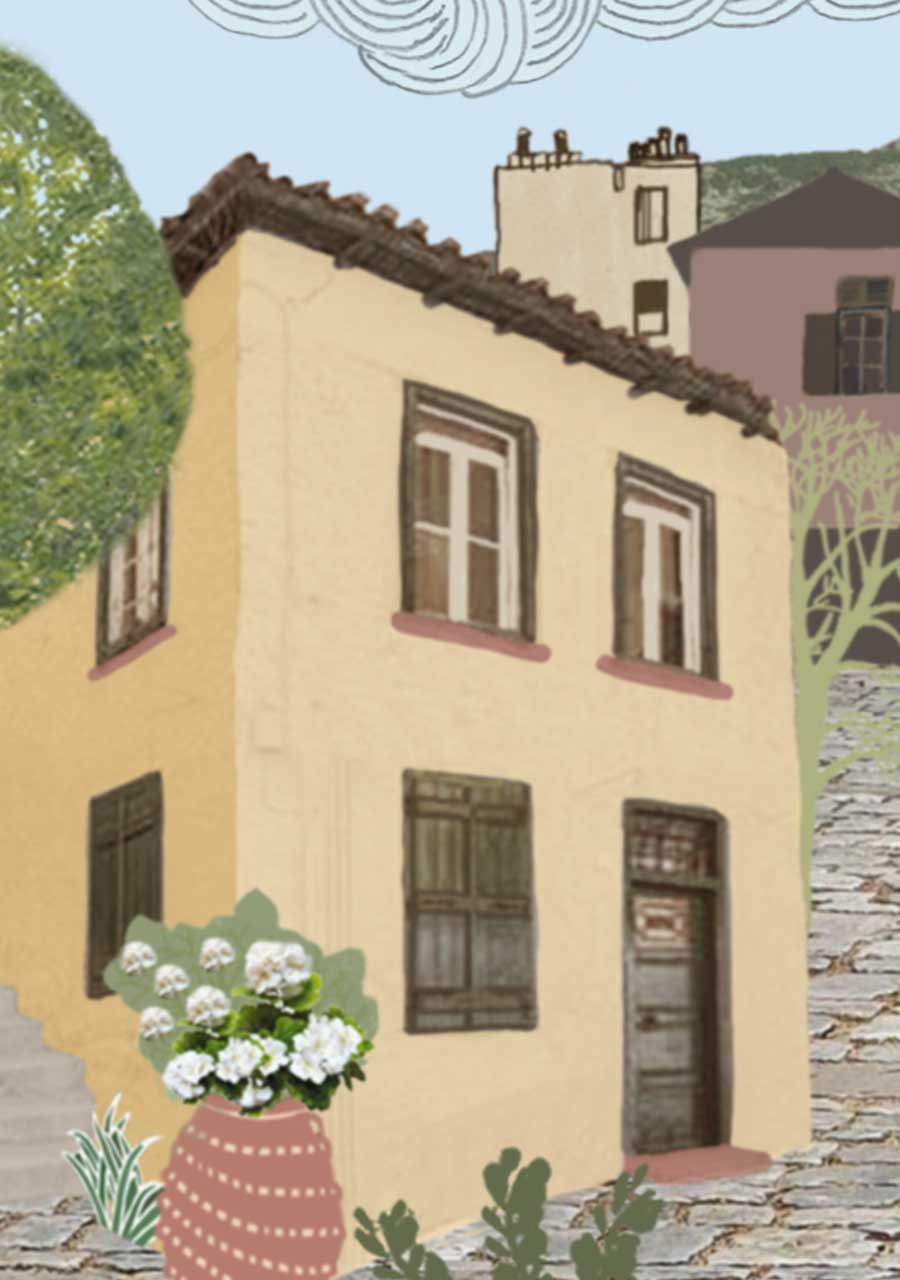 Our scene is set in ancient Athens.
Or maybe in the modern?
In its blue sky, however, there are "Nepheles", that is, clouds,
moving slowly and lazily, changing forms and colors, and
they are constantly transforming the landscape.
Strepsiades, like many Athenians of his age, is indebted. Cause o
his son, Pheidippides, who, like many young people of his age, wastefully spends his
his father's money and buys everything new and fancy. His debts
Strepsiadis is exorbitant and his lenders are increasingly pushy. To get out of
the impasse decides to send his son to the Tutorial of the famous
Socrates, to learn the Just and the Unjust Word. Possessing this knowledge, the
Strepsiadis believes that his son will be able to help him get justice in the
Court and be spared from its creditors. However, Pheidippides does not have
no appetite to go anywhere. Prefers to squeak for hours on end in bed
and to giggle with whatever pleases him. So Strepsiades is forced to become the
same pupil of Socrates. But very soon the teacher is disappointed and
it expels as unlearned. Strepsiadis returns home
disheartened and manages to convince Pheidippides to attend the
Tutorial. Pheidippides proves to be a very good student, except that the
Sophistry lessons he took, his father will eventually pay for very bitterly.
A modern version of the comedy "Nepheles" by Aristophanes, addressed to in children from 10 years old. A digital work with references to contemporary art, where
all elements of the Aristophanic spirit - humor, eloquence and criticism
mood, pun, lively language, rough characters- in dialogue with
digital storytelling techniques -stop motion, animation, video, voiceover, music and
singing- create a hybrid theatrical act, combining theatrics,
visual and sound codes, making the work mentally and aesthetically accessible to the
children. 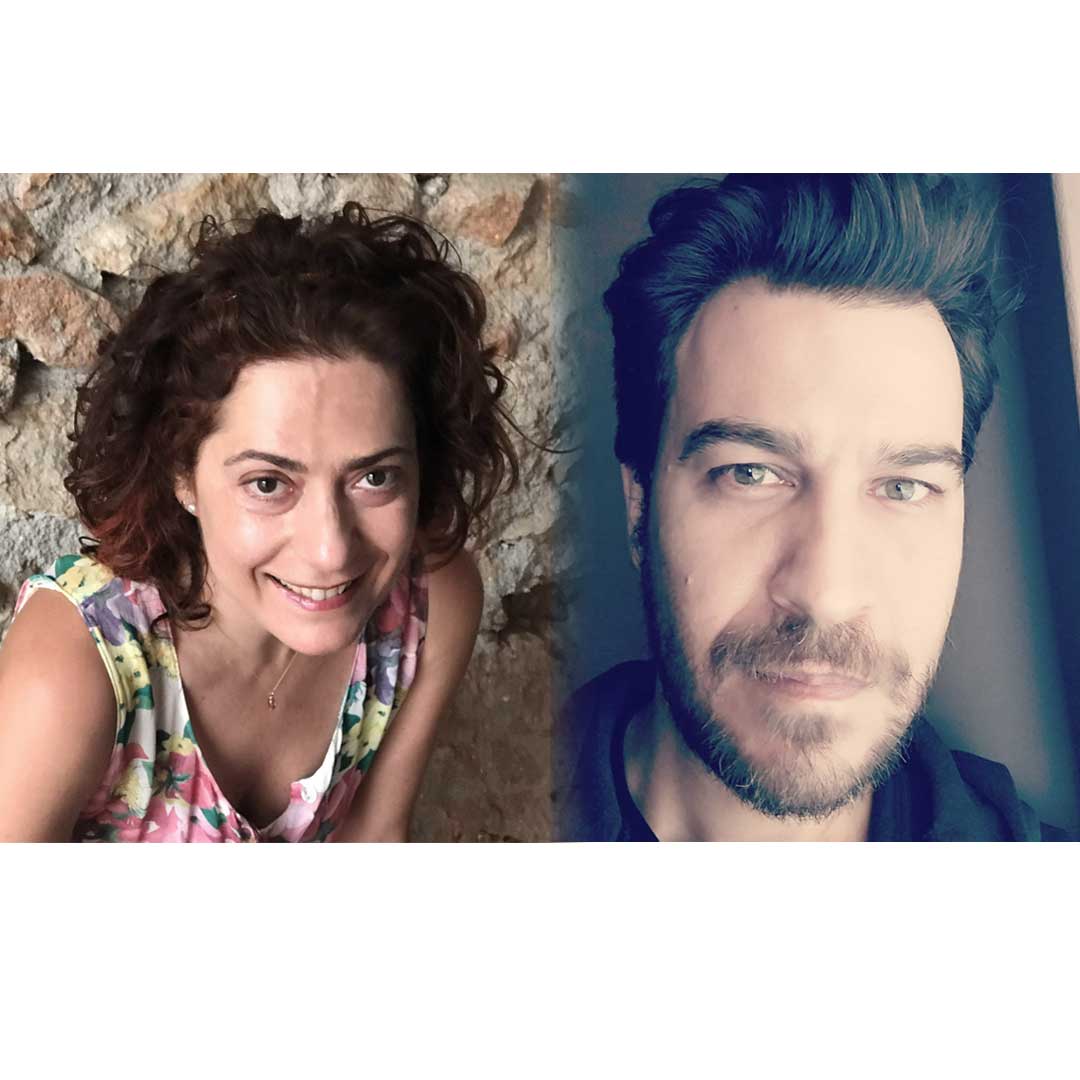 Valentina Papadimitraki is an actress, director, radio producer and writer. She studied theatre at the "Veaki" School and educational drama at the Porta - Xenia Kalogeropoulou Theatre Workshop. As an actor he has worked in theater, film and television. As a director she has collaborated with the National Theatre of Greece, with ETHAL in Limassol, with the Municipal and Regional Theatre of Thessaloniki. Crete and D.E.P.THE. Kalamata.
In 2001 he created the "Theatre of the shoe on the tree" and since then he has been systematically involved in children's theater, directing and performing in performances that tour all over Greece.
He presented for five years the radio show for children "Go up apple, katea pomegranate" on the FM 91.5 Network in Chania (Silver award in the category of special shows at the Regional Media Awards 2017). He has curated series of radio shows for young and old on Radio Melodia fm, ertopen.com, Sto Kokkino, portokaliradio.gr, Radio 24/7 and bobos family radio. She has designed and animated educational programs for children and adolescents at the Museum of Typography and the Chania Film Festival. She taught theatrical education in the theatrical workshops of D.P.E.THE. Crete.
Her play "A balloon of secrets" (co-written with N. Karagianni) is published by Kedros Publications. Her book "A hug and a kiss and a foolish box" is published by Kaleidoscope Publications. Her short stories have been published in literary magazines.

Tasos Karakyklas was born in Athens. He is a graduate of the Department of History-Archaeology and History of Art of the Faculty of Philosophy of the National and Kapodistrian University and a graduate of the Postgraduate Program "Public History" (HOU)
He studied at the Higher Schools of Dramatic Art "Archi" and "V. Diamantopoulos", as well as in workshops and Masterclass of acting, dramaturgy and creative writing, phonetic-phonology and creative movement. As an Actor, Director and Dramaturg, he collaborated with experimental groups, musical ensembles, with the Theaters of Fournos, Epi Kolono, Bios, Theater of Neos Kosmos, Technopolis Athens, National Theater, Municipal Theatre of Larissa, Serres, Kalamata, as well as with Theatrical and Cultural Organizations. She created solo and collective performances, Actions and Video Art on contemporary performing art platforms. He appeared in Film and Television. She adapted works of literature for children and teenagers and created storytelling shows for the Greek Radio. Since 2008 she has been collaborating with the "Theatre of the Shoe On the Tree" in theatrical performances and events, in the organization of educational designs and theatrical workshops, in the creation of narration shows for the Radio and Audio Book for children.
She systematically studies the Pedagogy and Didactics of Drama and Theatre, the Experiential Animation of Groups and the non-traditional applications of Theatrical Art. She designed Workshops and Actions for Children and Vulnerable Groups, who experience social exclusion, or are threatened by it, Experiential Workshops in Therapeutic and Penitentiary Structures, with the support of Bodies and Organizations of Social Policy and Cultural Management. It collaborates with the innovative program "The Tipping Point of Athens", conducting mentoring sessions with schools in the region. She collaborated for a decade with the Acting Workshop of the NAMA Group, at the Epi Kolono Theater, in the framework of which she taught "Theater for Children and Youth", "The Art of Drama in Education" and "Techniques of Stage Storytelling". She taught acting at the "Open Theater" Theatre Workshop of A. Ghika and Techniques of Acting-Improvisation and Animation of an Actor at the Theatre Department of the Students' Cultural Association of the University of Athens participating in Panhellenic and International University Theatre Festivals.
As a research associate of the Piraeus Bank Group Cultural Foundation (PIOP) since 2015 he has organized Educational Programs and theatrical activities for the Museums of Tinos, Soufli and Volos. He belongs to the creative team of the museological project "The Museum Inside Me". He is a regular member of the Greek Actors' Union (SEE-TASEI), the Society of Greek Directors (ECA) and the Panhellenic Network for Theatre in Education.